Most asset management bosses will be relieved to see the back of 2022 — a year that will rank among the worst for winning new business and achieving healthy profit margins.

Sean Hagerty, who heads Vanguard’s European business, is probably one of the few exceptions.

“This is Vanguard weather. We do well in choppy markets,” says Hagerty, who has been Vanguard’s managing director in Europe since 2016. He says active managers have consistently failed to deliver outperformance during periods of market downturn, even though these arguably provide ideal conditions for stock-pickers.

As a result, investors have naturally gravitated towards low-cost passive funds, products around which Vanguard has built its reputation.

“Market downturns are when Vanguard typically picks up market share. It happened in the US with the global financial crisis; it happened in the dotcom bust,” he says. “That’s where we saw big increases in market share when people thought active managers would protect them when the markets go down. That investment philosophy, which is tried and true, we hope is ascendant in the UK.”

Vanguard’s UK retail investment platform, launched in 2017, has been one of its major successes outside its domestic US market. The online service has amassed £13.6bn of assets and attracted 455,000 clients — Vanguard forecasts it will have added 125,000 new investors by the end of this year. It is an impressive growth story that must be unsettling for some of its larger platform rivals. That number of new clients compares to 61,000 during the first nine months of the year for Hargreaves Lansdown — the UK’s largest investment platform — and 14,000 for AJ Bell.

Vanguard is also drawing a younger cohort of investors, with 80% of its platform clients under the age of 45.

At a time when the focus is on younger investors piling into crypto to make a quick profit, Hagerty said there is still a group of savers who are attracted to more traditional, long-term investments.

“There is a temptation to cover the sensation of a meme stock buyer or someone buying crypto, but we are a good example of sensible investors. There are more of them than we thought,” he says. “I can almost guarantee that you won’t see a crypto ETF from Vanguard, in the same way you don’t see a gold ETF from Vanguard. We are there for the everyday investor who wants a low cost, balanced portfolio.”

Pennsylvania-headquartered Vanguard has been growing its presence in Europe since it announced its launch into the UK market in 2009. Most recently, it has expanded its presence in Germany with a direct-to-consumer offering that it hopes will help fuel growth of passive funds and ETFs.

In Germany and some other parts of Europe, the existence of retrocession payments for distributors — paid by asset managers when their products are recommended — has hindered passive funds and ETFs in gathering market share.

“In the US, they did not ban retrocessions, but there was enough competition that you saw the market go from two-thirds where there was commission-oriented advice to less than a third today. Europe just doesn’t have the same competitive dynamic,” says Hagerty.

“Every country is dominated by a small number of distributors. The EU seems to care about competition, but it is not willing to ban retrocessions, which protects incumbents. We would hope to see the same momentum that we have seen in the US, but we are not there yet.”

Some of Vanguard’s main competitors have been applying the brakes to new hires this year, following a sharp drop in revenue and profit, but Hagerty says it has no plans to cut back on headcount given its roadmap for expansion.

During the course of last year, Vanguard’s European operation added almost 200 people to its books, according to documents filed with Companies House in the UK.

“We can’t have a hiring freeze because we are growing. But we are being careful,” says Hagerty. “The fixed costs we have in place are pretty much fixed now. But we will increase staff, because you can’t add another 125,000 clients and not add staff.”

While Vanguard is well known for its index fund range, its range of low-cost active funds have also gained traction in the UK since they were unveiled in 2016. The funds, which are managed on behalf of Vanguard by firms including Baillie Gifford and Wellington, now oversee $2.9bn in assets under management and have gathered around £430m in new money this year.

“The right kind of active makes sense,” says Hagerty. “If 85% of the market is in active products, we think why not have some of that be in low-cost active products, as opposed to high-cost active.” He adds that stock pickers tend to eliminate the opportunity to beat an index over the long term by charging too much.

With the asset management sector grappling with rising inflation, interest rate hikes and increased costs of doing business, could Vanguard’s low-cost approach be something that gets hit?

“We wouldn’t want to increase fees if we don’t have to,” says Hagerty. He points to a period during the financial crisis when Vanguard had to ramp up fees on certain products after assets plummeted from around $1.3tn to $900bn.

“It was a big decrease. If we had another leg down here and an extended period of depressed market returns, that puts pressure on any asset manager.” 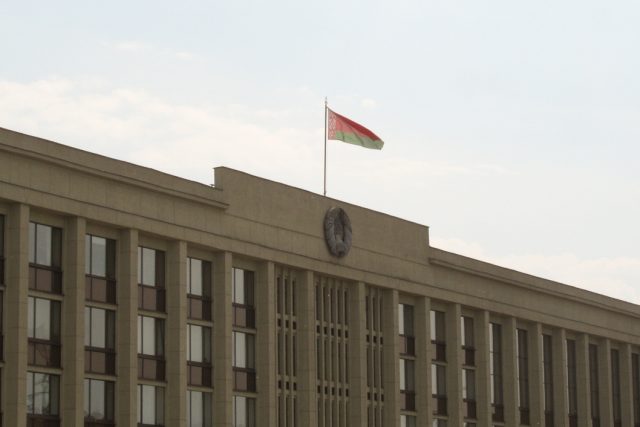