The collapse of the crypto exchange FTX has triggered calls for transparency in the industry. To many investors, the industry’s biggest player, Binance, remains a black box.

Crypto exchange Binance processes more transactions than most of its rivals combined, accounting for roughly half of crypto spot trading and two-thirds of derivatives trading, according to the research firm CryptoCompare.

Its outsize role has come under greater scrutiny since the collapse in November of FTX. Last week, US authorities accused FTX founder Sam Bankman-Fried of secretly diverting customer funds from the exchange to his affiliated trading firm, Alameda Research.

Like FTX, Binance discloses limited financial information. It doesn’t say where the company is based. And its founder, Changpeng Zhao, is affiliated with market makers providing liquidity on its own platform, an arrangement some market observers say leads to a potential conflict of interest.

“Does the exchange give preferential treatment to an affiliate? Is the exchange supporting an affiliate with customer money? These questions concern customers and the regulators who try to protect them,” said Larry Harris, a finance professor at the University of Southern California’s Marshall School of Business and former Securities and Exchange Commission chief economist.

“When a business is not transparent and not regulated, we have no true understanding of what is happening inside,” Harris said.

Adding to investor worries, an outside audit firm that Binance brought in to report on its reserves recently said it was suspending its work for crypto firms.

“We have already restarted the [process] and will make additional announcements in the coming weeks,” Hillmann added.

Binance has been shrouded in secrecy following its creation in 2017. In recent years, when cryptocurrencies were booming, investors paid scant attention to corporate structure and governance within the industry.

But Binance’s lack of transparency, and the structure of its operations, have raised concerns among regulators.

Long before FTX’s collapse, the US Department of Justice was probing whether Binance had abetted money laundering, and the SEC asked for a list of information from Binance’s US affiliate, including how it relates to the global organisation.

Binance has said in the past that it collaborates with regulators around the world and takes compliance obligations seriously.

Zhao, born in China and raised in Canada, launched Binance out of Shanghai in 2017. After the Chinese government issued a ban on crypto exchanges, the team moved to Japan. In 2018, Japan’s financial regulator warned the company against conducting trades for residents without having a license to do so. After that, Binance stopped disclosing a specific location.

Binance denies it continued to conduct business out of China after the ban, but developers based in Shanghai were maintaining key software functions at its US arm, Binance.US, as of summer last year, The Wall Street Journal previously reported. It made Binance.US executives worry that the US government might take issue with customer data being potentially accessible by the Chinese government.

Binance.US told the Journal at the time that the exchange had robust data protection and that US customer data was stored on servers in the US.

“Binance does not operate in China nor do we have any technology, including servers or data, based in China,” Hillmann said.

READ As crypto crisis deepens, ex-Kraken, Coinbase staff ask: ‘Why would I get a job in this again?’

While FTX’s collapse has rippled across the crypto universe, creating losses for other companies and depressing values of tokens, Binance is far larger and more important to the industry. The exchange is a large partner for Western crypto traders and institutions, and it is a major platform for those in developing economies who want to store funds outside local-government currency.

“People all over the world have their savings on Binance,” said Noelle Acheson, a crypto macro strategist.

At the heart of FTX’s downfall was a liquidity provider and trading firm owned by Bankman-Fried, Alameda Research. That relationship gave Alameda trading privileges that ultimately allowed it to tap FTX customer funds for its own purposes, US authorities have alleged.

The SEC was examining the relationship between Binance.US and two trading firms with ties to Zhao, the Journal previously reported. The firms serve as liquidity providers for the platform, and while Binance says on its US website that affiliated market makers might trade on the exchange, it doesn’t name which firms might do so.

Zhao acknowledged that he is an investor and shareholder in one of Binance’s market makers. But he said that the sole purpose of that entity, which he didn’t name, is to provide liquidity and that it doesn’t make profits. “We are not trying to make money from trading ourselves,” Zhao said.

After FTX filed for bankruptcy protection, Binance vowed to show customers worried about their funds that their tokens were stored safely. While crypto transactions are public through the blockchain, they become private once they enter an exchange. Binance released figures for bitcoin, but before it could release for others, Mazars, the auditing firm it used, suspended the work for Binance and other exchanges.

Zhao said that unlike FTX, his exchange has taken no loans and incurred no debt. He also said it is profitable. But the company hasn’t released any financial statements. Last week Binance was hit by $6bn in outflows as nervous customers moved their tokens elsewhere.

International regulators have issued a series of warnings about operating in countries without licenses. The warnings pushed Zhao, who once dismissed offices as obsolete, to set up some and register in some countries. The company also said it is going through a restructuring “to provide regulators with further clarity about our organisation.”

Meanwhile, users can’t be sure who exactly they are conducting business with. While Binance at some point listed its parent company as Binance Holdings Ltd, incorporated in the Cayman Islands, Binance said it never operated an exchange from there. As of 19 December, Binance’s Australian and New Zealand websites noted that “Binance is a registered trademark of Binance Holdings Ltd”.

“Having a trademark registered under a particular company does not mean that it’s a parent company or that it’s an exchange,” Hillmann said, adding that Binance operates through a number of entities incorporated in a range of jurisdictions.

This article was published by the Wall Street Journal, a fellow Dow Jones Group title

Want more on crypto? FN has all the news, views, and analysis you need here 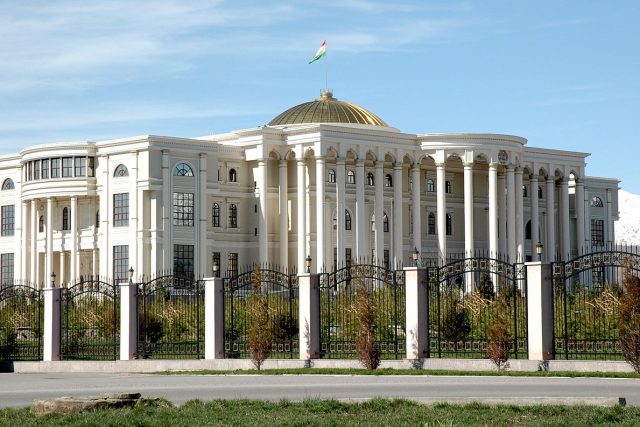