Pressure is mounting on the Securities and Exchange Commission to step up enforcement of key hubs of the crypto industry after the collapse of FTX last month.

FTX’s bankruptcy put the focus on crypto exchanges, the primary hubs for individual investors that offer such services as digital coin sales, lending and the safekeeping of assets. Despite investigating parts of the industry for over six years, the SEC has yet to sue a major crypto exchange.

The SEC has investigations under way focusing on exchanges including Coinbase and the US businesses of Binance and FTX, according to people familiar with the matter and regulatory disclosures, and it has fined or sued dozens of token developers over the past six years.

The SEC has said many cryptocurrencies qualify as securities that should have been sold under rules for stocks and bonds. SEC chair Gary Gensler has said exchanges are breaking the law by selling those unregistered securities and not following rules that the Nasdaq Stock Market and the New York Stock Exchange observe.

Some lawyers say that despite such assertions, the SEC’s enforcement efforts haven’t gone far enough as the market has gone mainstream and everyday investors are entrusting their savings to crypto companies. Gensler “is risking significant criticism if he doesn’t get things moving,” said John Reed Stark, a former SEC enforcement attorney.

“It was a gap in their strategy to not go after these entities,” Stark said.

After the SEC in July sued a former Coinbase employee and said the company sold seven illegally issued securities, the exchange continued trading six of them. The SEC could have sued Coinbase but didn’t. A Coinbase spokeswoman said the company believes none of the six digital coins are securities.

Crypto exchanges say the SEC is wrong about which US laws apply to them and have resisted the agency’s warnings. Lawyers close to the industry say the SEC’s strategy for dealing with crypto is showing wear and tear after years of using its enforcement arm to prod the industry into coming under the agency’s oversight.

The operations of crypto exchanges are so different from securities exchanges, these industry lawyers say, that complying with the SEC’s rules is impossible.

“Because the SEC has taken such indefensible positions, the industry doesn’t take the SEC as seriously as it used to,” said Jake Chervinsky, head of policy at the Blockchain Association, whose members include many large crypto firms.

The SEC has stepped up its warnings in the wake of FTX’s collapse. Gensler said in a recent interview that the “runway is getting shorter” for exchanges to register with the SEC and adopt rules that stock exchanges such as the Nasdaq Stock Market must follow.

“Enforcement is ready to stand up,” David Hirsch, chief of the SEC enforcement division’s crypto assets and cyber unit, said at a conference last month, echoing the chairman’s comments a few days earlier.

Since 2017, the SEC has pursued issuers of digital tokens sold to the public, arguing that developers should have at a minimum registered the sales as public companies do with initial stock offerings. In some cases, the agency accused issuers of fraud.

Gensler put more enforcement emphasis on crypto exchanges and brokers when he took over, according to people familiar with the matter. He reasoned that exchanges were the nodes of activity and that an effort to persuade them to comply with SEC rules was a better use of resources than taking individual shots at token issuers, the people said.

Regulators knew building enforcement cases would take time, the people said. Cases against exchanges are more likely to require litigation, they added. Big exchanges are unlikely to settle with the agency because a deal would likely mean wholesale adoption of SEC rules and having to cut off some profitable activities.

“The exchange could register, but it would have to delist every single asset that they trade, which would destroy their business,” Chervinsky said.

In addition to its investigations, Gensler’s agency has tried to negotiate with exchanges on a model for registering with the SEC. Coinbase has met with regulators but isn’t close to a framework that it believes works, according to a person familiar with the company’s talks.

Before its downfall, FTX had been involved in an effort to gain SEC approval to trade digital assets, according to people familiar with the matter.

The plan involved a partnership with the stock-exchange operator IEX Group, in which FTX took a minority ownership stake in April. IEX discussed with the SEC this year how it could offer digital assets without running afoul of rules that govern how stocks, bonds and other securities are traded, the people said.

If the plan had come to fruition, it could have been a breakthrough for the companies and Gensler.

IEX and FTX made other proposals, such as creating a so-called alternative-trading system, a type of trading platform that faces lighter regulation than exchanges because it doesn’t display prices to the public and deals only with sophisticated participants.

Gensler rejected the idea, the people said, saying the exchange regulatory model was better for crypto platforms that deal directly with the public. He also wants the platforms to separate functions such as storing customers’ coins and lending to clients.

“Anywhere else in finance these conflicts are not allowed and they are separated out,” he said 7 December in an interview with Yahoo! Finance, in which he referred to crypto exchanges as casinos.

Coinbase has considered how it might give up acting as an exchange and focus on brokerage services if it were to register as a broker-dealer with a federal regulator such as the SEC, according to the person familiar with its thinking.

Gensler had his work cut out for him when he took over the SEC last year, said Cromwell Coulson, chief executive of OTC Markets Group. The agency had been investigating crypto firms since 2017 but has made little progress in developing a regulatory model.

“It’s very hard to negotiate with someone whose best alternative is staying outside of the regulated world and making a ton of money with less oversight,” said Coulson, whose company operates trading systems for securities that aren’t listed on national stock exchanges.

Write to Dave Michaels at dave.michaels@wsj.com

This story was published by The Wall Street Journal, a fellow Dow Jones Group publication 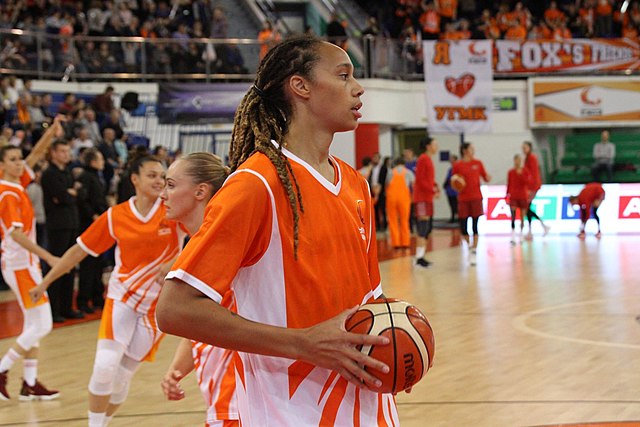