German asset manager DWS has trawled through more than two million documents over the duration of an internal ESG probe that is nearly complete.

The internal investigation, which began in October 2021, set out to determine whether DWS overstated its ESG credentials.

“We are nearing the conclusion of our internal investigations,” DWS chief executive Stefan Hoops told a media roundtable coinciding with DWS’ capital markets day on 7 December.

“We are working with authorities to resolve the investigation and it has utmost management priority. We continue to stick to all of our disclosures and prospectuses.”

Hoops said that as part of its own investigation, DWS had reviewed “two-and-a-half million documents”.

The internal probe was triggered after a former employee blew the whistle on DWS’s approach to ESG, setting in motion external investigations by German regulator BaFin and the US Securities and Exchange Commission.

Desiree Fixler, the whistleblower, was a former head of sustainability at DWS. She claimed the firm had overstated in its 2020 annual report how much it used sustainable investing criteria to manage its assets.

Fixler objected to the annual report, which stated that as a firm DWS “placed ESG at the heart of everything that we do” and that more than half of its assets under management were invested using ESG criteria.

DWS has always stood by the disclosures made in the annual report.

Hoops took over as CEO in June following the resignation of Asoka Woehrmann, after German authorities raided the Frankfurt offices of DWS and Deutsche Bank — also its majority shareholder — in relation to the greenwashing allegations.

DWS has planned several changes to its approach to ESG since the allegations first surfaced, according to a third-quarter notice from the firm.

From January, DWS will overhaul its existing group sustainability council into a committee of the executive board. It will also set up a sustainability oversight office within the chief financial office division. In addition, it will establish a dedicated sustainability strategy team.

“We continue to be fully committed to ESG,” Hoops said.

“You will not hear me use terms like ‘leader’ or ‘world class’ because that shouldn’t be a selling point. But we want to continue to be one of [the] flag bearers for ESG, despite everything that’s happened over the past couple of quarters.”

The SEC has already taken a hard-line approach to some asset managers for overstating their ESG credentials.

Last month it fined Goldman Sachs Asset Management $4m for failing to comply with its own ESG policies and procedures, while BNY Mellon’s investment arm was hit with a $1.5m penalty in May for misleading claims it made about funds that use environmental and social criteria to pick stocks.

The UK’s Financial Conduct Authority has also begun to examine how asset managers have implemented the regulator’s ESG principles, embarking on a so-called multi-firm review of funds marketed with ESG credentials.

“Sustainable funds are in demand among investors, and some providers advertise their products in a grandiose manner. The financial supervisory authority BaFin has now made it clear that it will not accept greenwashing,” Markus Dufner, managing director at the Association of Ethical Shareholders in Germany, told FN.

“Investors who have a heightened interest in ESG funds must be able to trust that the funds are not only safe, but also sustainable and that no greenwashing is involved. They will ultimately make their investments dependent on this.”

The comments from the DWS boss come as it announced a bold plan to achieve more than €100m in cost savings over the next three years, in order to free up capital to invest in boosting its passive and alternatives capabilities.

Part of the cost savings could involve selling businesses that are no longer profitable for DWS, although the asset manager did not identify which entities could be at risk of being sold. 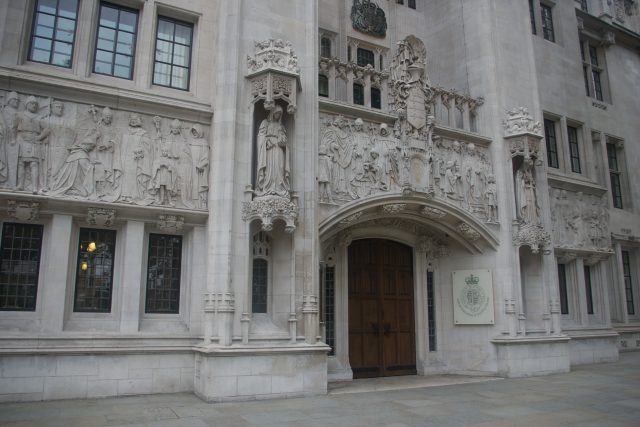