The collapse of cryptocurrency exchange FTX has opened a hornet’s nest of squabbles between foreign governments and its new US chief executive, John J Ray III.

In Cyprus, the country’s securities regulator is complaining that Ray’s decision to place FTX in bankruptcy has stymied investigations and is preventing European customers from getting their money back. Officials in the Bahamas, where FTX moved its headquarters last year, are accusing Ray of making false statements and suggesting that his team is motivated by the prospects of earning hefty legal fees. In Turkey, authorities have seized the assets of FTX’s local subsidiary, an affront to Ray’s efforts to sweep FTX’s assets into the Chapter 11 process in Delaware.

Such disputes reflect a disconnect between the global aspirations of cryptocurrencies and the hard facts of the law, whose powers often don’t extend beyond a nation’s borders. Proponents say the cross-border nature of crypto makes sending money to someone on the other side of the world as easy as sending an email, and many crypto firms have offered their services to customers all over the world and have established headquarters in offshore jurisdictions. But laws meant to protect customers when things go wrong—and the bankruptcy regime in particular — are deeply tied up with national boundaries, and cross-border cooperation is never a guarantee.

And no crypto company’s bankruptcy to date has been more global in scope than FTX’s. The company’s initial bankruptcy petition listed more than 130 affiliates in countries ranging from Canada to Ghana to Japan. FTX made around 95% of its revenue outside the US, according to financial statements seen by The Wall Street Journal and FTX employees.

The outcome of the international disputes will determine how FTX customers might recover some of the billions of dollars in missing funds they are owed. Regulators in various countries are eager to ensure that their citizens are made whole. A fractured outcome may result in some customers getting all of their money back, while others get pennies on the dollar.

A spokeswoman for the FTX entities that filed for chapter 11 said that, since taking control, the debtors have established cooperative relationships with many regulators in jurisdictions where FTX has operated, and they are working on a path forward with the handful of regulators who have taken enforcement actions since the company filed for bankruptcy.

On 28 November, the chair of the Cyprus Securities and Exchange Commission voiced concern about the bankruptcy process in a letter to Ray, a copy of which was seen by the Journal. FTX’s European arm, FTX EU Ltd, was licensed in Cyprus, allowing the crypto exchange to offer services elsewhere in the European Union’s single market.

The regulator’s chairman, George Theocharides, wrote that his agency was investigating FTX for potential violations of securities laws. But because FTX’s European staff was unable to access data from the exchange’s trading platform — now controlled by Ray — the Cyprus agency couldn’t get the information needed for its probe, nor could it respond to requests from other European regulators carrying out their own inquiries, Theocharides wrote.

As of 15 November, FTX EU had €47m, equivalent to around $49m, of client funds, Theocharides said. The Cyprus securities regulator has ordered the company to return the money to customers, but the company has been unable to comply because its bank accounts are frozen by the chapter 11 process, the chairman said.

Theocharides also reminded Ray “that unlawful use of clients funds might constitute a criminal offence”.

“The priority of CySEC is to protect investors as these investigations continue, and to ensure the orderly return of appropriate client funds,” a spokesperson for the agency said.

Ray has also found himself caught in a diplomatic brawl with regulators in the Bahamas, who have sought to manage FTX’s insolvency on their own.

On 10 November, the Securities Commission of the Bahamas began steps to liquidate FTX Digital Markets, the unit controlling the company’s international exchange. The liquidators later ordered the transfer of the unit’s crypto assets to a digital wallet controlled by the Bahamian government.

That didn’t sit well with Ray, whose lawyers effectively accused officials in the Bahamas of theft and said that the crypto taken by the Bahamians should belong to the FTX businesses he currently controls. In court papers, they cited “credible evidence that the Bahamian government is responsible for directing unauthorised access…for the purpose of obtaining digital assets.”

The Bahamian government countered that Ray was making unfounded accusations and said it would proceed with the winding down of FTX’s exchange. Officials in the Bahamas questioned his motives and ability to lead.

“It is possible that the prospect of multimillion-dollar fees is driving their legal strategy and intemperate statements,” the Bahamian attorney general, Ryan Pinder, said during a recent televised address.

Former FTX chief executive Sam Bankman-Fried — who is facing multiple investigations over the loss of billions of dollars in customer funds — has appeared to side with Bahamian officials. Bankman-Fried has said he didn’t intend to commit any fraud and he didn’t knowingly commingle FTX customer funds with Alameda Research, a crypto hedge fund that he started in 2017.

Trouble might also be brewing for Ray in Turkey, where regulators have already decided to take control of FTX’s domestic subsidiary’s winding down. On 19 November, Ray said FTX had identified a number of subsidiaries with valuable franchises that could be sold to raise cash for the company’s creditors. One of them was FTX’s wholly-owned Turkish subsidiary, FTX Turkey Teknoloji Ve Ticaret AS, where the company had found nearly $3.1m in assets when it filed for bankruptcy, according to court papers.

Four days later, though, the financial crimes board of Turkey’s Treasury Ministry said it had confiscated the assets of FTX Turkey on suspicion that customer deposits were transferred or taken abroad through fraudulent transactions and that nonexistent crypto assets were sold to customers. Istanbul’s chief prosecutor began a criminal investigation into Bankman-Fried and other people associated with FTX, the ministry said.

—Elvan Kivilcim contributed to this article. 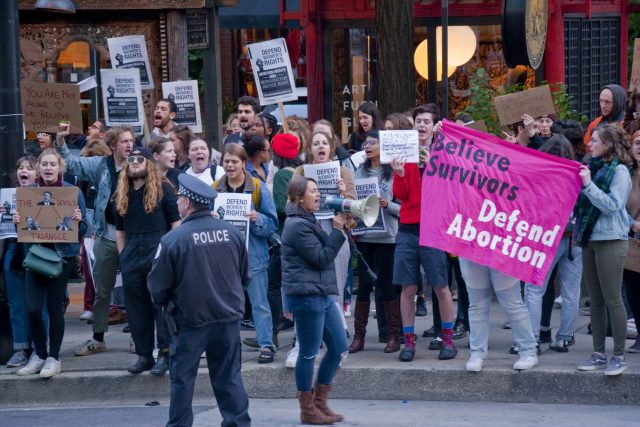