FTX is expected to make its debut appearance on 22 November in Delaware bankruptcy court, where its new management is expected to recount events leading up to the cryptocurrency platform’s sudden collapse and explain the steps it has since taken to secure customer funds and other assets.

FTX’s lawyers are advancing an unprecedented Chapter 11 case marked already by allegations of major failures against its former leadership and a budding jurisdictional dispute with the government of the Bahamas, where the firm’s inner circle ran its doomed crypto operation.

Contagion is still spreading from the failure of FTX, and the impact on its one million estimated customers won’t be known for some time. Here’s a look at key officials who will be present at the court hearing and some of the issues likely to be discussed.

Why is FTX appearing in court?

FTX, under the management of its new chief executive John J. Ray III , is seeking approval of a number of motions filed with the US Bankruptcy Court in Wilmington, Delaware, a popular chapter 11 hub. The firm’s requests are meant to authorise FTX’s day-to-day business operations, according to an agenda of the 22 November hearing. Such requests are usually made and approved by a bankruptcy judge within days of a large company’s entry into Chapter 11 protection.

It took FTX’s new management more than a week after filing bankruptcy to submit similar requests, a sign of the suddenness of the platform’s collapse and emergency plunge into Chapter 11.

The new managers are now seeking to pay a cybersecurity services provider and other vendors involved in running its business operations. The firm is also seeking to establish a new system to manage its remaining cash and keep employees on the payroll during bankruptcy.

That may not be an easy task. FTX advisers said in court papers that it suffered “extraordinary attrition” before filing Chapter 11 last week. And while the Chapter 11 system is an established process for rehabilitating businesses, it has never revived a failed crypto firm before.

Why are FTX’s managers fighting with the Bahamas?

The new management is expected to update the court on an emerging dispute with public officials in the Bahamas, where FTX founder and former chief executive Sam Bankman-Fried resides. The hearing could also provide additional information on transfers that were made out of FTX following the chapter 11 filing.

FTX managers have alleged that Bahamian authorities directed an unauthorised transfer of its assets after its bankruptcy filing. The Securities Commission of the Bahamas, the lead local authority investigating FTX’s collapse, has confirmed that transfers were made, but said it directed the transfer of all digital assets of FTX Digital Markets to a government controlled wallet “for safekeeping” and that it made the transfers in accordance with its laws.

Court-appointed liquidators in the Bahamas have said the local subsidiary controls private keys needed to transfer crypto in and out of the entire FTX complex, once estimated to hold around $16bn in assets.

It isn’t publicly known how much in FTX cryptocurrency may be under the Bahamas’ control. The Bahamian liquidators have said that FTX’s entire business was run out of its local unit, suggesting that a jurisdictional fight could emerge over which executives should control the firm’s assets.

The FTX units in chapter 11 are being run by a new CEO, selected before bankruptcy by Bankman-Fried; the Bahamas subsidiary isn’t in chapter 11 and is being overseen by court-appointed liquidators.

The dispute with the liquidators could also determine where most of the court proceedings over the platform’s collapse should be held, either in the US or the Bahamas, and how whatever assets it has are distributed.

Who is overseeing the FTX case?

US Bankruptcy Judge John Dorsey, who is overseeing FTX’s bankruptcy, has already overseen a smaller crypto bankruptcy case involving Cred, making him a rarity among his peers on the bench.

Despite decades of bankruptcy experience, Judge Dorsey is still a relative newcomer to the Wilmington, Delaware, court, among the busiest Chapter 11 hubs in the nation alongside New York City and Houston.

Before his appointment to the bench in 2019, Judge Dorsey was a commercial litigator for more than two decades and worked at two of the largest bankruptcy firms in Wilmington. He litigated matters in bankruptcies that included American Home Mortgage Investment, Nortel Networks and Touch America Holdings and was a state director for then-Senator Joe Biden.

Judge Dorsey was a partner for 16 years at Young Conaway Stargatt & Taylor representing clients in chapter 11 litigation. Before that, Judge Dorsey practiced at Richards Layton & Finger and served as state director for Biden. He ran as a Democrat for state attorney general in 1998, according to state election records.

Earlier he served in both the US Army as a military police investigator and the US Air Force as an intercontinental ballistic missile launch officer, according to the Delaware court website.

FTX isn’t his first crypto-related case. Judge Dorsey since 2020 has been overseeing the wind-down of cryptocurrency platform Cred, a case that included missing bitcoin, shoddy corporate controls and an alleged prison escapee in the executive ranks. Cred, which invested cryptocurrencies that it held for customers, operated for roughly two years before filing for bankruptcy.

What other notable cases has Judge Dorsey been involved in?

The largest bankruptcy Judge Dorsey has overseen to-date involved drugmaker Mallinckrodt, one of the handful of drugmakers pushed into chapter 11 by lawsuits over its production of opioid painkillers.

Malinckrodt’s chapter 11 case was punctuated with court fights over the drugmaker’s $1.7bn settlement of its opioid-related liabilities as well as disputes with health insurers over antitrust litigation related to the pricing of its flagship drug, H P Acthar gel.

Judge Dorsey approved the opioid deal and Malinkrodt’s related Chapter 11-exit plan in February, including a disputed settlement of liabilities against the drugmaker’s directors and officers.

Rhode Island authorities challenged the corporate officers’ settlement, arguing that Mallinckrodt’s CEO shouldn’t be shielded from opioid-related liabilities as part of the company’s bankruptcy case. Judge Dorsey approved liability releases for Mallinckrodt’s executives and board members, noting they were permissible in Delaware.

Such nonconsensual releases have been rejected in some courts, including for the Sackler family, owners of OxyContin maker Purdue Pharma, and executives at the former owner of retail brands Ann Taylor and Lane Bryant.

Who is FTX’s new CEO?

FTX’s new CEO Ray has helped recover billions of dollars for creditors of Enron, Nortel Networks and other major corporate failures over decades of work in bankruptcy and restructuring.

Ray, 63 years old, manages a boutique restructuring firm called Owl Hill Advisory, located in Naples, Florida, according to state business records. Ray is earning $1,300 per-hour working as FTX’s top boss, according to a court filing, a comparable rate to those of top restructuring lawyers and advisers with similar professional experience.

Ray said in a sworn declaration that never in his career had he “seen such a complete failure of corporate controls and such a complete absence of trustworthy financial information as occurred here”.

What do we know about FTX’s finances?

FTX has said it may need until January to compile a complete balance sheet detailing its total assets and liabilities. The new management is playing catch up, because it said FTX didn’t have an adequate system in place for managing its cash and documentation related to its internal controls.

FTX said in a 19 November court filing that it has identified 216 bank accounts with positive balances worth a total of about $564m. Much of that money, however, is either held in outside entities that directly filed for bankruptcy protection or is considered restricted cash, meaning others could lay claim to it.

Last week, Ray struck a slightly more optimistic note about FTX’s balance sheet compared with his initial assessment, saying an initial review showed that many regulated or licensed subsidiaries inside and outside the US “have solvent balance sheets, responsible management and valuable franchises.”

How much does FTX owe its creditors?

FTX hasn’t established a full public list or how much it may owe them. A managing director from Alvarez & Marsal brought in to help advise the firm said FTX likely will have over one million creditors. He also said FTX is having difficulties accessing existing customer lists and that it would take a lot of  time to figure out exactly how many customers the crypto platform has.

The company has made initial disclosures in recent days that provide a sense of its debts. A list of the top 50 creditors, all of them customers, indicates they alone are owed $3.1bn, with the largest creditor claiming roughly $230m.

FTX said it has identified accounts with 36 banks located in the US and abroad, including accounts with Wells Fargo as well as accounts with Tokyo Star Bank, Bank of Cyprus, the Commercial Bank of Dubai among others.

What else does FTX want to accomplish at the hearing?

FTX managers have said its books and records are so incomplete that it can’t yet identify all of the vendors that are critical to its business.

But the firm has identified some important suppliers, including ones that it said will help guard against data loss, and will seek court permission to pay $9.3m of their claims on an interim basis and eventually up to $17.5m.

FTX also wants permission to compensate its employees, who it has said are owed an estimated $1m for work performed before the chapter 11. The company said it experienced significant attrition before the bankruptcy filing, but has approximately 140 employees and independent contractors based in the US, and another 190 foreign employees based in more than two dozen countries, including the Bahamas, Australia, Japan, France, Russia, Ethiopia, China and Singapore.

The firm said FTX employees had been compensated, in part, by its own cryptocurrency and stock options, a practice that has been suspended since the bankruptcy.

This article was published by The Wall Street Journal.

Stay up to date. Sign up to The Fintech Files here 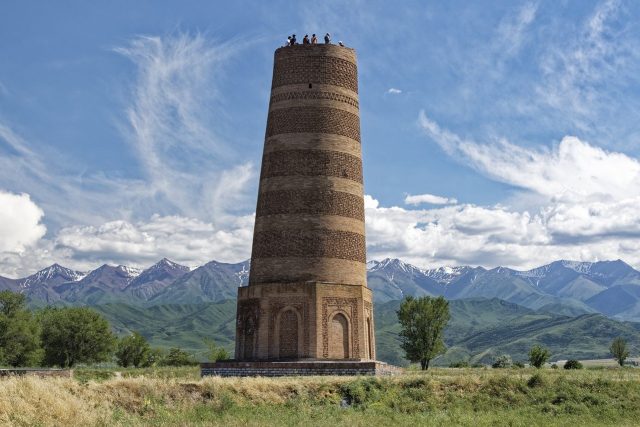 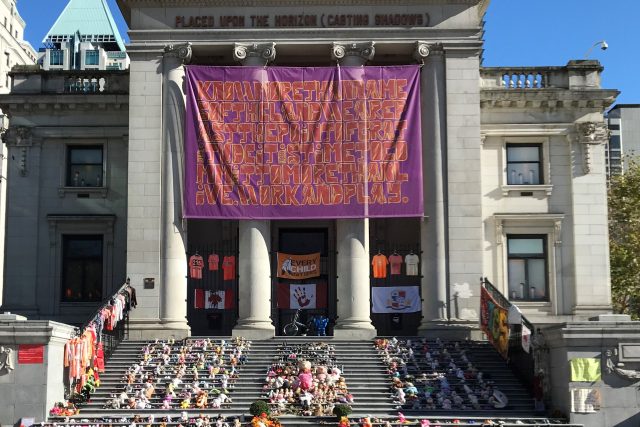