Regulators are looking to broaden trading in the immense $24tn market for US Treasury securities, a potential power shift away from the small club of big banks that have dominated the market for decades, according to a federal report released Thursday.

Regulators have been on heightened alert about the stability of the market since March 2020, when Covid 19 disrupted the economy and markets, freezing up trading in Treasury securities. Recent volatility in the Treasury market has added to concerns.

US government bonds are the bedrock of the global financial system. In addition to the sheer size of the market, and its role in financing US budget deficits, many financial institutions use Treasury securities as collateral for loans of other kinds. Erratic moves in the market can thus ripple out widely to other markets and can affect interest rates that consumers pay on mortgages or car loans.

A 10 November report from top regulators — including the US Treasury, Federal Reserve, Securities and Exchange Commission and Commodity Futures Trading Commission — shows regulators are interested in supporting the growth of all-to-all trading.

That is a concept in which buyers and sellers would trade Treasury securities directly with each other rather than rely on big banks. For instance, large mutual funds or insurance companies might swap securities directly, rather than using banks as middlemen. Some other markets use similar trading practices; for example, it exists on a small scale in corporate bond markets and in many derivatives markets.

US officials emphasised that they are still in the early stages of examining the benefits and costs of a push toward all-to-all trading. A conference hosted by the New York Fed next week will partly focus on the idea. Such trading requires an infrastructure in markets to make it possible, such as common legal agreements or a central clearing house through which buyers and sellers would clear trades, so any change could take years to develop.

“In theory, all-to-all trading may improve market liquidity by increasing the number and diversity of potential counterparties to a trade or reshaping the competition among them,” the regulatory report states. “All-to-all trading may also offer increased transparency.”

A separate report published last month by the Federal Reserve Bank of New York further highlighted the interest of regulators. All-to-all trading, it said, “could be particularly helpful in times of stress, when the capacity of traditional intermediaries may be tested.”

Primary dealers, a group of about two dozen large global institutions, now play a central role in the US government’s efforts to sell its securities. The dealers — which include the trading operations of Barclays, Citigroup, Credit Suisse, Goldman Sachs, JPMorgan Chase and other big global banks — are obligated to bid at government debt auctions and distribute securities they buy.

“It’s unfair to expect the same liquidity providers to be able to provide the same liquidity levels when the Treasury market has more than doubled in size but not seen any real innovation in the last twenty years,” said Chris Concannon, president and chief operating officer of MarketAxess Holdings, which operates an all-to-all trading platform in the secondary market for Treasurys that it launched earlier this year.

Treasury debt held by the public has grown from less than $4tn in 2002 to $24.4tn as of this week, according to the Treasury. More than $600bn of Treasurys trade hands on average each day, according to data collected by the Securities Industry and Financial Markets Association, an industry group. Primary dealers are involved in the vast majority of such transactions, research by the New York Fed has found.

READ Regulators must be more accountable — and not just to government

Regulators set up an interagency group to monitor the Treasury market in 1992, when investment bank Salomon Brothers was found to be breaking auction bidding rules. In recent years, regulators have grown concerned that trading in Treasury markets has become less seamless and more prone to disruption.

One case was a “flash crash” in October 2014, when Treasury yields tumbled and then recovered in a few minutes of trading without an obvious catalyst. In mid-September 2019, repo markets, which depend on Treasury securities as collateral, experienced unusual volatility in a short period of trading. Then Treasury markets froze in March 2020, when Covid 19 struck the economy and financial system.

One concern is that the capacity of the big banks to hold securities themselves hasn’t grown as much as the Treasury market. Since the 2007-2009 financial crisis, new federal capital and liquidity regulations have restrained the growth of bank balance sheets.

In recent months, officials have noticed that Treasury markets have grown less liquid and become more volatile. One consequence of these developments is that relatively small trades are causing bigger changes in bond prices and yields than had been the case before.

US securities regulators don’t think they can buffer against calamitous events like a pandemic, but they say they are trying to strengthen the underlying market by making it more transparent and taking other actions to ensure more widespread access to the market.

Big banks have argued that regulators should ease the capital requirements associated with their Treasury holdings. That would allow them to play a bigger role in the market, the banks argue.

The Fed allowed a temporary, pandemic-related reprieve from capital requirements in question to expire last year, while promising to propose a broader revamp. It has yet to do so. The 10 November report doesn’t mention the issue.

Another challenge facing regulators is that the Fed’s own campaign of raising short-term interest rates to combat inflation is a factor causing volatility in Treasury markets. If volatility in the market became extreme, Fed officials might be placed in the difficult position of having to decide which problem to make a priority: fighting inflation with rate increases or tamping down volatility that the rate increases are helping to cause.

Something like that happened in September in the UK, when the Bank of England intervened to contain the fallout of a furious bond-market selloff that threatened UK financial stability.

Write to Andrew Ackerman at andrew.ackerman@wsj.com and Jon Hilsenrath at jon.hilsenrath@wsj.com

This article was published by the Wall Street Journal, a fellow Dow Jones Group title 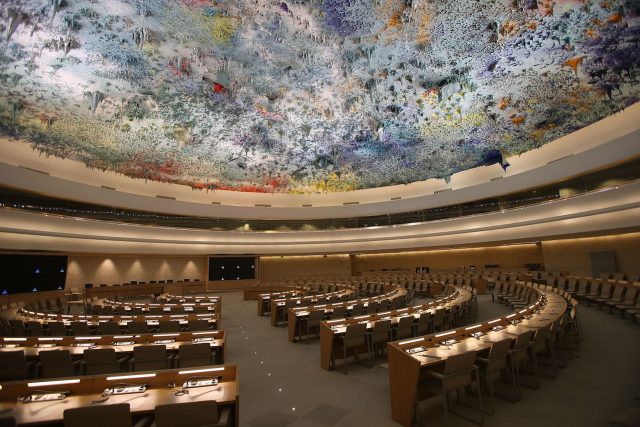 CBDC Development: Who's Leading it With Bitcoin Foundation, Web3 Labs, and More