As Amazon’s workforce has more than doubled over the past three years, workers at Amazon fulfillment center warehouses in the United States have started organizing and pushing toward fo

Brexit uncertainty and a global economic slowdown amid the US-China trade war has set Britain on course for the most prolonged slump in business investment in 17 years, according to the British Chambers of Commerce (BCC).

Setting Britain on course for weaker economic growth in future, the lobby group said business spending in the UK was due to decline by 1.5% in 2019 and by 0.1% next year as companies put their investment plans on ice amid the global political turmoil.

Paving the way for the longest period of annual declines in business investment since the turn of the millennium – when the dotcom bubble burst to drag down investment around the world – the BCC said investment in the UK was due to fall for three years in a row.

The length of the downturn was already poised to exceed the slump after the 2008 financial crisis, when business investment fell by a greater degree but only for two years.

The business lobby group warned that relentless Brexit uncertainty was preventing firms from investing and diverting resources into no-deal planning. Those funds might have otherwise been spent on improving economic productivity or developing new products in the UK.

Separately, the Institute of Directors (IoD) has called on the UK and EU to compromise to chart a way forward on Brexit while urging both to improve no-deal planning efforts. The institute has published survey about the “impossible situation” facing business leaders.

A clear majority of IoD members have repeatedly expressed concern that a disorderly Brexit would damage their organisations. Faced with choosing between this and a further article 50 extension, respondents to a summer poll of 950 business leaders were slightly more considered, however.

A slim overall majority (51%) said no deal would be more negative for their organisation, though this was significantly above the 32% who believed further delay could have a worse impact.

With no deal still a possibility, the IoD is calling for targeted financial assistance to help small firms’ Brexit preparations. Its analysis underlined that directors of smaller organisations were less likely to feel fully prepared than their larger counterparts.

The political turmoil in Britain comes as global economic growth slows as Donald Trump levies import tariffs on Chinese goods shipped to the US. This has sent world trade volumes tumbling and affect manufacturing output. The rise of protectionism has had an impact in Britain, where the situation has been exacerbated by Brexit.

Despite mounting risks to the economy posed by Brexit, the BCC continued to forecast the UK would reach a deal with the EU that would include a smooth transition to a new trading relationship.

However, the scale of the disruption for businesses meant economic growth in 2019 and 2020 is on track to be the lowest since the financial crisis.

Downgrading its forecasts for the British economy, even if a deal can be struck, the lobby group said GDP would expand by 1.2% this year. This is down from a previous forecast of 1.3%, and by 0.8% in 2020, down from an expectation of 1% growth.

Suren Thiru, the head of economics at the BCC, said: “We’re seeing the economic costs of the ongoing Brexit stalemate alongside that backdrop of weaker global economic conditions. Businesses have had to switch plans and enact their no-deal planning – that’s going to have a hangover effect into next year.

“Given the current low growth trajectory, if you had a significant shock for the economy on top of that, that dramatically increases the probability of a recession.”

A government spokesperson said: “Wages have now grown faster than inflation for 12 consecutive months, our employment rate is at a record high and the UK’s lowest paid workers saw their wages rise at the fastest rate in 20 years thanks to the introduction of the ‘national living wage’.

“As we prepare for the UK to leave the EU on 31 October, our number one priority is ensuring businesses have the help and certainty they need to invest and grow their productivity by taking advantage of the opportunities beyond.”

rming a union to fight back against the company’s treatment of its workers.

Amazon’s global workforce reached more than 613,000 employees worldwide according to its latest quarterly earnings report, not including the 100,000 temporary employees the company hired for the holiday season.

Just a few months after Amazon opened its first New York-based fulfillment center in Staten Island, workers announced on 12 December the launch of a union push with help from the Retail, Wholesale and Department Store Union.

“Amazon is a very big company. They need to have a union put in place,” said an Amazon worker who requested to remain anonymous. The worker has been with the company for two years and was transferred to Staten Island when it opened in October 2018. “They overwork you and you’re like a number to them. During peak season and Prime season, they give you 60 hours a week. In July, I had Prime week and worked 60 hours. The same day I worked overtime, I got into a bad car accident because I was falling asleep behind the wheel.”

Other employees cited working conditions as one of the prevailing factors for wanting to form a union. “I support the effort. They have to be more supportive toward their employees,” said another Amazon employee in Staten Island. “Right now, at that fulfillment center, if an employee is a picker, they want that person to pick up 400 items per hour, picking each item every seven seconds.”

They noted that to keep up with that hourly rate, workers cannot take bathroom breaks or they risk Tot (time off task points) that could be used to justify job termination.

In a statement during the announcement of the union push, picker Rashad Long claimed workers are overworked, pressured with frivolous disciplinary actions and security lines at the exit cut into breaks and extended work shifts, unpaid.

“We are not robots. We are human beings. We cannot come into work after only four hours of sleep and be expected to be fully energized and ready to work. That’s impossible,” said Long. “I feel like all the company cares about is getting their products out to the customers as quickly humanly as possible, no matter what that means for us workers in the end.”

Amazon said in a statement: “To claim Staten Island workers want a union is not a fair representation of the vast majority of the employees at this site.”

In Minnesota, workers at several Amazon facilities were the first to force management to the bargaining table over the past few months after workers held protests in the summer.

“The end of September and October, we had private meetings with Amazon management,” said Nimo Omar, an organizer and founder of the Awood Center, an east African worker-led organization in the Minneapolis area. “We met with Amazon management, and we had workers from across five different warehouses in that meeting talking about working conditions at Amazon, from warehouse workers to truck drivers who deliver packages to some of the leads in these warehouses as well.”

Workers held a rally outside the Shakopee fulfillment center on 14 December to continue to pressure Amazon to improve conditions for workers.

“If you get injured, they don’t treat you well, they don’t care,” said 24-year-old Hibaq Mohamed, who has worked at the Shakopee facility for over two years. She said every two to three months, Amazon increases hourly productivity rates workers must meet to keep their jobs. “During summertime, we don’t get enough AC, in the winter we don’t get enough heat. We want to change the imbalance at Amazon.”

“A lot of workers aren’t comfortable going to managers and that has a lot to do with rate. There’s an obsession with rate,” said Hassan. “The rate people have to make every single hour, every hour it’s mentioned, and if a person isn’t doing well, the managers will pick on them. Sometimes you can hear it from different departments.”

Amazon said it “did not recognize” these allegations. “We work hard every day to ensure all of our employees are treated fairly and with dignity and respect,” the company said.

Amazon fulfillment centers aren’t the only part of Amazon where workers started organizing efforts in 2018. The online retail giant bought Whole Foods in August 2017 for $13.7bn. A little over a year later, workers launched Whole Worker, a unionizing effort in response to changes made by Amazon since the acquisition. Shortly after the group announced its founding, an employee leaked an Amazon training video where managers were taught how to discourage labor organizing efforts.

In a 9 December email sent out by Whole Worker leaders to thousands of Whole Foods employees, the group announced solidarity with other organizing efforts across Amazon, including co-hosting a rally in Queens against the HQ2 project. “While we pursue our long-term goals, we are looking for other ways to collectively use our voices regarding unfair and potentially illegal compensation practices,” said the email. “We at Whole Worker believe that all Whole Foods and Amazon team members deserve a say in our workplaces and that coming together to negotiate a contract as a formal union is the only way to ensure that our voices are truly heard.”

In an email, an Amazon spokesperson told the Guardian: “Amazon maintains an open-door policy that encourages employees to bring their comments, questions, and concerns directly to their management team for discussion and resolution. We firmly believe this direct connection is the most effective way to understand and respond to the needs of our workforce.

“We provide a $15 minimum wage for all US hourly employees, opportunities for career growth, industry-leading benefits, and hands-on training using emerging technology. Associates are the heart and soul of our operations, and in fact, they are also our number one recruiter for new hires by regularly encouraging friends and family to apply for roles. We encourage anyone to compare our pay, benefits and workplace to other major employers across the country.” 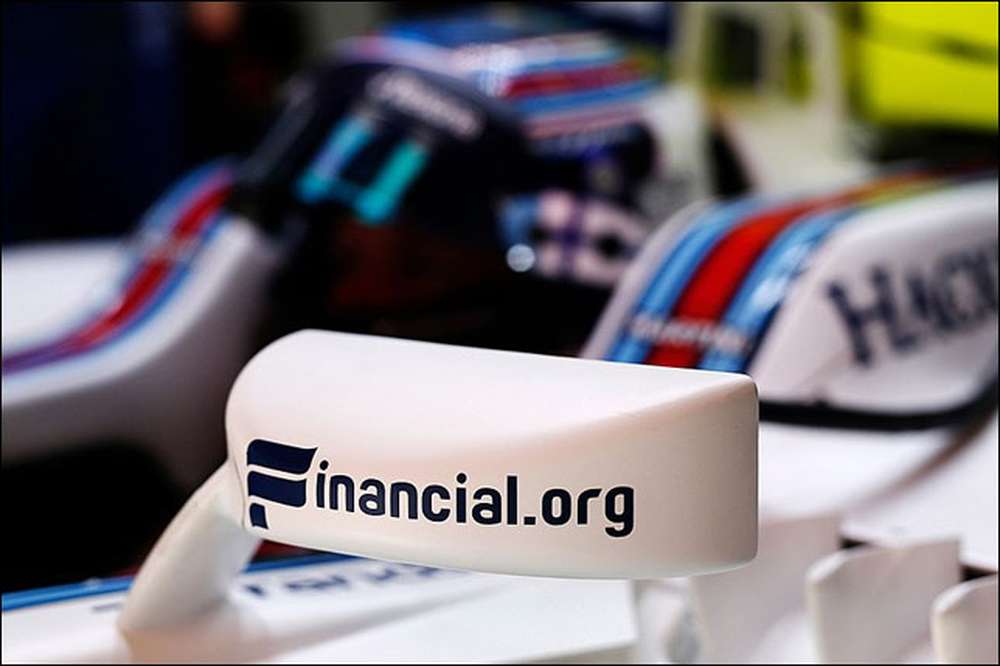 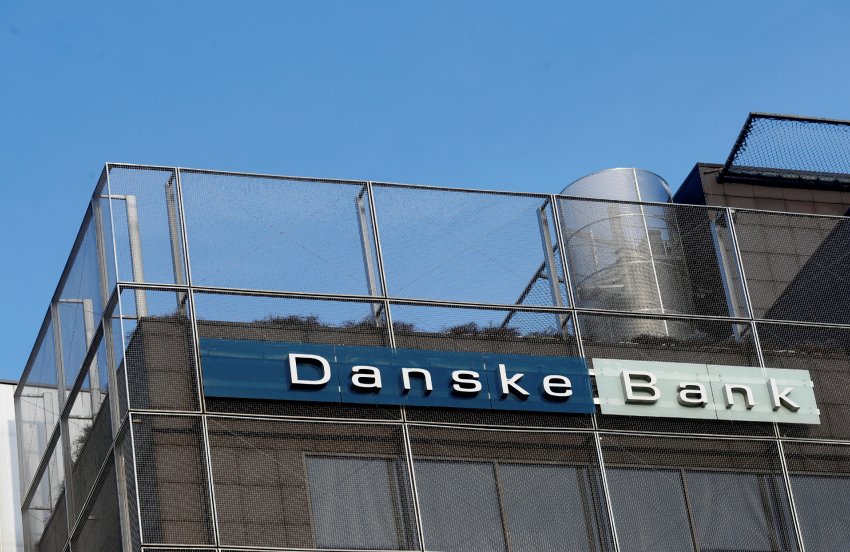