Berenberg has cut 55 jobs in its London operation, its second round of layoffs in recent months as banks continue to roll out redundancies as deal activity slumps.

The German investment bank informed employees of a fresh round of job cuts on 13 December, according to people familiar with the matter. The move will affect around 55 people and follows 30 cuts announced to staff in the City in August.

Berenberg’s latest job cuts hit 12.5% of employees at its London office on Threadneedle Street. Other European locations are unaffected. They are split between its research function and its investment banking unit, which primarily works on equity capital markets deals. After the layoffs, Berenberg will have approximately 400 staff within its investment bank.

Equity capital markets activity in Europe has collapsed by 74% to $70.4bn so far this year, according to data provider Dealogic. Senior dealmakers told Financial News that they do not expect many initial public offerings in the region until the second half of 2023.

Berenberg also cut around 50 employees in its New York office during the summer.

“2022 has been a challenging year for our industry including multi-decade lows in capital markets activity,” David Mortlock, managing partner at Berenberg told staff. “Whilst we expect to be more active in 2023, we are realistic about the speed of this recovery. As such, we have moved early to ensure our investment bank is right-sized whilst continuing to deliver top-tier service to our institutional and corporate clients.”

Berenberg is projected to make €300m in revenue in 2022, a decline of 36% on last year, when it made a record €470m. It has grown from a small investment bank in 2010, which focused largely on German clients, to a key mid-market player that has worked across 12 countries this year.

Its research function will cover 750 stocks after the cuts with around 80 analysts. It remains one of the bigger teams in London.

“We want to be in a position to hire good people through 2023, particularly in banking and advisory,” said Laura Janssens, head of Berenberg’s London branch.

“After the changes, Berenberg will still be one of the largest research providers in Europe. We are comfortably top 10 in terms of research revenues in Europe,” she added.

Larger investment banks have so far resisted making deep cuts to their dealmaking teams after a hiring spree last year where reams of senior people were brought in, often on expensive guaranteed bonuses.

Morgan Stanley unveiled plans to reduce headcount by around 1,600 people — or 2% of its staff — earlier in December, but only around 12 dealmakers were laid off in London, Financial News reported.

Barclays, Citigroup, Deutsche Bank, Goldman Sachs, HSBC and Morgan Stanley are among the banks to trim dealmakers since September. Bank of America chief executive, Brian Moynihan, told an industry conference that the bank was not planning layoffs, but was only hiring for essential roles. Credit Suisse is in the midst of a cost-cutting exercise that will see 2,700 jobs cut before the end of 2022.

Headhunters and dealmakers are braced for a second round of job cuts early next year after an anticipated recovery in capital markets activity in the final quarter of 2022 did not materialise.

Berenberg also cut back on bonus payments this year. Large US investment banks including Citi, Bank of America and JPMorgan are expected to reduce bonuses by 30% for dealmakers when they pay them early next year.

Want more on the world of investment banking? Just click here to sign up to our weekly newsletter 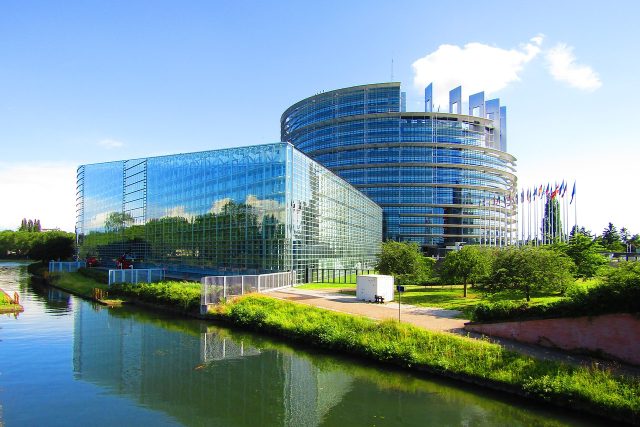 European Parliament: Holdomor was a genocide of Ukrainians by Soviet Union - JURIST