It doesn’t require an industry insider to recognise that Republican descriptions of ESG investing as a “perversion” and a “cancer” in the run-up to the recent US midterm elections were an overstatement.

Meanwhile, the Financial Conduct Authority gave us an understatement for the ages — a warning that a misfiring ESG data and ratings industry “may impact the transition to a net-zero economy”.

So it was a welcome step last month when a subsequent FCA statement announced the formation of a working group to develop a voluntary code of conduct for ESG data and rating providers.

For years now, a dysfunctional data and ratings industry that scores companies on their ESG performance has slowed crucial corporate sustainability efforts with subjective methodologies, a lack of transparency, and few means for companies to engage meaningfully. It desperately needs fixing.

The consequences of leaving these failures unchecked are serious, undermining the effective allocation of capital to ESG outcomes. From a fiduciary perspective, they impact investors’ ability to accurately measure non-financial risk.

This is a bipartisan issue that does not discriminate; whether ‘green’ makes you think of sustainability or dollar bills, you’re losing out.

Tesla CEO and Twitter owner Elon Musk’s labelling of ESG as a “scam” became a global meme in 2022 for the misguided anti-ESG backlash, and was a prime example of the scale of confusion the current system can cause. But buried in the hyperbole, Musk had a point. ESG ratings are now driving trillions in capital allocation, yet these scores too often are marred by subjectivity, opaque methodologies, and a lack of transparency.

Take Musk’s latest acquisition as a case in point. Many were left scratching their heads when the mass lay-offs that followed his purchase of Twitter barely dented the social media giant’s ESG ratings — particularly when labour factors at Tesla earlier in the year saw it fall out of a prominent ESG index, prompting Musk’s public display of frustration.

What Musk did not appear to realise is that the index in question measured ESG risk, not ESG impact. Twitter’s reduced headcount was not considered a material financial risk. The reported issues with working conditions at Tesla were.

This kind of confusion gets to the heart of the issue with the ESG ratings industry: many simply just don’t get it. Worse, investors may be allocating capital to assets based on flawed assumptions of what a score is telling them.

We’ve been here before. The broken mortgage-backed security ratings that flooded the market up until 2008 led to a major market failure. It is shocking that less than a generation later we seem to have learned nothing.

It would be excessive to suggest that the risks associated with the issues in ESG ratings are comparable to those that preceded the 2008 crash. But by any measure, the distance between the real purpose and the actual understanding of ESG ratings in their current form is widening at a time when inflows into the ESG investment market are booming. That is the formula for a bubble.

Three shifts within the ESG rating industry are required to fix this. Firstly, scores must be transparent, and the underlying data that shapes them visible and accessible to companies and capital markets. Without knowing the source data that has contributed to a score, how can anyone in good faith base an investment decision on it?

Secondly, opacity and subjectivity must be stripped out of rating methodologies. Numerical ESG data from a company means nothing if it is inexplicably translated into something else through a biased lens. Letter-based ratings mimicking credit scores must be replaced by simple, comparable, numerical metrics.

Thirdly, and critically, companies should no longer be the passive subjects of black-box scoring methodologies, but instead be empowered to engage and provide ESG and sustainability data in real time, outside their typical ESG reporting cycles. This way, if Musk is unhappy with Tesla’s position in an ESG index, then he can disclose the relevant data to fill in the blanks.

More than this, greater transparency of scores and the underlying data behind them would enable him or anyone else to see where other companies are lagging, and focus efforts on areas where better disclosure or corporate behaviours will help to steal a march on competitors.

The FCA’s proposed code of conduct is a positive step, and hopefully one that the ratings industry will respond to with a renewed sense of purpose and some fundamental changes in the way it functions. We already know that the 100 biggest listed companies in the world account for more than half of all global emissions. The potential for intelligent capital allocation to drive corporate decarbonisation is clear to see.

It is time for the principles of transparency, objectivity, and engagement to become the norm for ESG rating agencies, and not the exception. Doing so will see the industry’s race to the bottom transform into a race to the top, resulting in better disclosure, clearer signals to markets, and more sustainable outcomes.

For more on ESG, just sign up to FN’s weekly email here 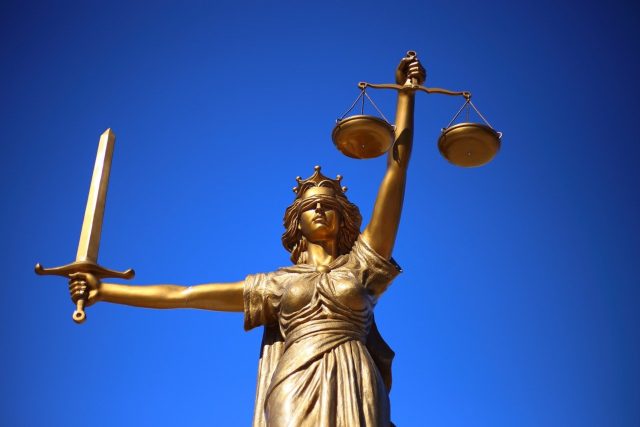