EY’s leaders are looking at backup plans for the firm’s split to address rising funding costs and a potential slowdown in growth that could imperil the rich payouts promised to partners, according to people familiar with the matter.

Leaders of the accounting powerhouse are talking to private equity firms as they draw up plans for the sale of EY’s consulting arm, the people familiar with the matter said. Options include using private debt, which would involve private equity funds in an initial public offering, or delaying the effort beyond the current target at the end of 2023, the people said.

EY is moving ahead with the breakup, announcing 14 December that Carmine Di Sibio, the firm’s current head and the architect of the plan, would run the new consulting firm. That puts him in line to make tens of millions of dollars in compensation if the firm prospers. He had been scheduled to retire next year. EY said that Julie Boland, the US chair and managing partner, would lead the audit-focused partnership.

The split of the Big Four firm into separate auditing and consulting businesses hinges on the ability to raise funds, which under the latest proposal total around $11bn in equity and $18bn in debt. The money is needed to pay EY’s audit partners, who are voting on the deal, to agree to give up EY’s fast-growing consulting business.

The money is supposed to be raised by the consulting firm through an initial public offering and by borrowing. Higher interest rates and lower valuations on IPOs could force EY to lower partner payouts or leave the consulting firm saddled with heavier financial obligations.

EY global executives conceived the split more than a year ago, when markets were buoyant and interest rates low. The debt was intended to be repaid quickly as the new company rapidly increased growth and profitability.

The economics of the deal look different now. The market for selling shares to the public has largely frozen. There were just 167 US-listed IPOs to 9 December in 2022 — less than a fifth of the 1,009 tally for all of 2021, according to data provider Dealogic.

Borrowing costs a lot more, too. Yields on investment-grade corporate bonds tracked by an Intercontinental Exchange index have more than doubled since the project began, from less than 2.5% in November 2021 to around 5.25% now. For $18bn, that increase in rates would add around $500m to annual interest payments. Borrowing the money from private markets could reduce this cost, according to one of the people familiar with the matter.

“We did set [the deal] up originally during a different time,” Di Sibio, the chairman of EY, told the firm’s global partners and staff 12 December, according to a copy of the webcast reviewed by The Wall Street Journal. EY’s advisers, including six investment banks, have tested whether the promised multiples of compensation can still be paid to partners, he said.

“We’ve stress-tested those multiples in much worse conditions than where we are today, and the deal holds up every time,” Di Sibio added.

The downturn could make it harder for the spun-off consulting business to meet its demanding growth targets. EY’s US firm is already experiencing “pressures on our gross margin, our profitability,” executives said 9 December, according to a copy of an internal EY US webcast reviewed by the Journal. In response, the firm is canceling the midyear bonus, slowing hiring and limiting travel to trips that it can bill to clients, executives said.

Boland, the US chair, told staff on the 9 December webcast that EY is continuing to assess the “aggressive revenue [and] profitability goals” set for the new consulting company “based on what we’re seeing in the market today.” Historically, companies tend to spend less on consulting when times are tough.

The breakup plan the firm envisages would pay audit partners multimillion-dollar cash windfalls valued on average at two to four times their annual compensation, the Journal has previously reported. Consulting partners would get on average seven to nine times their compensation in shares of the new company over time. EY’s leaders are considering promising partners — before they vote — that the breakup would go ahead only if it raises a certain minimum amount, according to people familiar with the matter.

A series of votes by EY partners to approve the deal is expected to start March 2023 at the earliest, the people familiar with the matter said. That’s six months later than the September date in the original plans — according to documents reviewed by the Journal — and more than a year since the project began.

By contrast, the partner vote in 1997 on the merger of two accounting firms that created PricewaterhouseCoopers came less than four months after the proposal was announced. “Getting married is a lot easier than getting divorced,” said Paul Raleigh, a consultant and the former head of advisory at accounting firm Grant Thornton International.

An EY spokeswoman said the firm is moving toward partner votes and will “balance speed with execution excellence” in what is a very complex transaction.

EY’s leaders are planning to restrict the vote to 75 of the biggest firms — which collectively represent some 95% of the $45bn in global revenue — in the 140-country network, according to people familiar with the matter.

The voting arrangements vary by country, with some important firms requiring approval by big majorities of partners. The US requires approval by two-thirds of votes that are weighted by ownership of the firm, giving senior partners more sway in the outcome, according to the people familiar with the matter. In the UK., the second-biggest of EY’s national firms after the US, the deal needs to be approved by three-quarters of the partners, each of whom gets one vote, the people said.

Executives at the firm are planning a “soft separation,” with the auditing and consulting businesses operating under one legal umbrella by the middle of next year, people familiar with the matter said. The aim is to have everything ready to go for a formal breakup once market conditions allow, the people added.

Write to Jean Eaglesham at Jean.Eaglesham@wsj.com 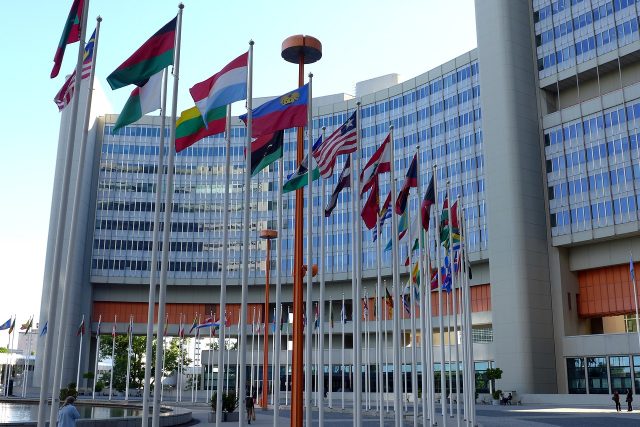