Years before Sam Bankman-Fried’s crypto empire collapsed, a group of employees quit in a power struggle — after becoming concerned about what they say was his cavalier approach to risk, compliance and accounting.

The employees worked at his trading firm, Alameda Research, and were some of his earliest colleagues, including Alameda’s co-founder, Tara Mac Aulay. They left in 2018, well before the crypto exchange FTX grew out of Alameda. Both FTX and Alameda are now bankrupt.

Bankman-Fried placed huge bets on crypto assets but paid little heed to the risk of those bets, brushing off the staffers’ concerns, according to people familiar with the matter. The firm commingled trading capital with operating cash and had poor record-keeping that left its profits and losses unclear, they said.

“He didn’t want to feel constrained,” said Naia Bouscal, a former software engineer at Alameda who left with Mac Aulay and the others. “But as a result we ended up not really knowing how much money we even had.”

Bankman-Fried told The Wall Street Journal that the staffers left the firm because of personal disputes and their lack of productivity, and that Alameda addressed the accounting, risk and other issues they raised.

“Right now, I’m focusing on doing what I can to do right by FTX customers,” Bankman-Fried said.

Some of the issues identified by the group of former employees are similar to those identified recently by FTX’s new chief executive brought on to manage the firm through bankruptcy, people familiar with the matter said.

“I and a group of others all quit, in part because of concerns over risk management and business ethics,” Mac Aulay tweeted on 16 November. “My heart goes out to all of the victims whose trust was betrayed, savings lost, and livelihoods destroyed.”

Alameda was started by a group led by Bankman-Fried and Mac Aulay in the fall of 2017, two years before the launch of the FTX crypto exchange. Early on, the team worked in a house in Berkeley, California, before moving the business into various apartments and a local office. Most of the early employees said they were dedicated to effective altruism, or EA, a movement that aims to give more effective charitable donations. They viewed Alameda as a way to make a lot of money trading cryptocurrencies — profits that could be funnelled to charitable causes employing EA principles, the people said.

The firm began with a few million dollars of borrowed money from wealthy investors, including effective altruism adherents recruited by Mac Aulay, and grew past $100m by early 2018, according to people familiar with the fundraising.

Early on, though, employees became worried, people familiar with the matter said. Bankman-Fried had worked at quantitative trading giant Jane Street, a firm that has extensive risk controls. But when colleagues at Alameda proposed setting up rigorous structures and systems for risk, compliance and accounting, Bankman-Fried was dismissive of the idea, according to the people.

He said such extensive controls could crimp Alameda’s activity and limit how fast the firm could move to place trades, the people said, reducing potential profit.

Alameda built a trading algorithm to make a large number of automated, rapid-fire trades, but some at the firm feared it couldn’t keep track of all the activity, the people said. The staffers said Alameda needed to do a better job tracking its trading to properly account for its gains and losses, but Bankman-Fried rejected the idea, according to the people.

Staffers also had concerns about how the firm’s trading capital was commingled with money dedicated to run the firm, the people said. That made it harder to track Alameda’s performance and its operating expenses, they said.

Within months of starting the firm, Bankman-Fried had placed a series of big bets, including one on the price of ether, ignoring the advice of some colleagues, the people said. Alameda made some solid profits with arbitrage trades, or those profiting from different crypto prices in different markets, but then suffered losses from other wagers betting on price moves.

Some of the staffers were frustrated that what they say were poorly kept records and balance data resulted, for example, in a series of transfers of XRP tokens that were delayed in arriving, which led to several million dollars of losses.

According to documents written by Bankman-Fried, dated 2018 and viewed by the Journal, Bankman-Fried acknowledged that Alameda’s lack of accounting and risk controls led to trading losses.

“No one was ultimately making sure that our trading and accounting were OK. We did a lot of sloppy trades, many of which some people were at the time worried about,” Bankman-Fried wrote in the documents saying that the issues helped precipitate “a number of clashes” at the firm.

According to Bankman-Fried’s documents, the firm addressed the problems in March 2018, and Alameda built systems to better calculate the firm’s profits, losses and transfers, leading to a more profitable trading system.

Some of those employees who departed said they had shared their concerns about Bankman-Fried and the firm’s lack of risk controls with some of Alameda’s investors and members of the effective altruism community, though it couldn’t be determined how detailed their warnings were. They never shared their concerns with regulators, the people said, but at that point, Alameda was a relatively small firm that invested only for deep-pocketed individual investors, and smaller investors weren’t at risk.

Former Alameda employees offered Bankman-Fried a $1m buyout that he rejected, according to Bankman-Fried’s documents.

By April 2018,  Mac Aulay and the others had quit, leaving Alameda with about a dozen less-experienced employees.

Alameda’s assets fell to about $30m in the spring of 2018 as some investors withdrew their money, the people said.

The employee departures occurred partly because Bankman-Fried and his allies had taken effective control of the firm, freezing out the others, according to some of those who left.

“We looked at Sam and his actions, his decisions, the way he treated people and the way he ran the company and came to the conclusion he’s not a person we wanted to be in business with or associate with,” said Bouscal.

“There are many things I wish I had done differently at Alameda,” Bankman-Fried wrote in the documents. “I was unempathetic, rarely complimented people, and curt with feedback.” But Bankman-Fried says in the documents he changed his treatment of his colleagues after the group left, leading to “a significantly more cooperative, happier, and more productive company.”

“Never in my career have I seen such a complete failure of corporate controls and such a complete absence of trustworthy financial information as occurred here,” said John J. Ray in a court filing.

Write to Gregory Zuckerman at Gregory.Zuckerman@wsj.com 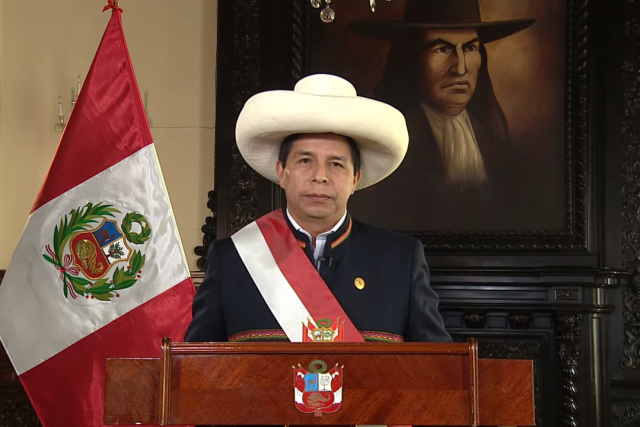