Peter Hugh Smith has one of the most impressive corner offices anywhere in the City.

Situated high up in the same building as Japanese bank Nomura, the chief executive of CCLA Investment Management spends the first few minutes of our meeting showing off the expansive view, which includes the lush gardens of Cannon Bridge.

With the City skyscape noticeable just over Hugh Smith’s shoulder as he speaks, the 53-year-old outlines how important it is for the UK’s largest charity investment manager to become better known across the Square Mile so it can collaborate with other big investors on ESG.

Despite its relatively small size — CCLA oversees some £14bn of assets on behalf of charities, religious organisations and the public sector — the firm has made its mark.

Last year, it mobilised a coalition of investors overseeing more than £3tn to pile pressure on Compass Group, the FTSE 100 company responsible for delivering food parcels to some of the UK’s most disadvantaged schoolchildren during lockdown. Compass made headlines in January 2021 after premiership footballer Marcus Rashford described the contents of some food packages as “unacceptable”.

A letter was sent from CCLA to Dominic Blakemore, the Compass Group chief executive, asking whether the group had analysed the packages and how it would ensure future food boxes were fit for purpose. “It’s hard for some of these firms to lead, but we can do it and have a big impact. If the City wants to be a power for good, it has to come together more,” says Hugh Smith.

He arrived at CCLA in 2019 from Link Asset Services — the firm’s fund solutions business was responsible for the oversight of Neil Woodford’s now defunct flagship Equity Income fund. Link is the target of a probe by the FCA and is being chased by litigation firms on behalf of trapped investors.

Hugh Smith declines to comment on the matter, but says that his time as MD of Link, which followed stints as a fund manager and wholesale distribution head, helped him to understand the “plumbing of the industry”.

“It’s not just what you know and what you can sell, but how you can stitch the business together and how the pound flows from the client to get invested. It surprises me how few people in the City understand that.”

Hugh Smith describes CCLA as a “bit of a rough diamond”, in that it had achieved strong performance and a good reputation, but only in the not-for-profit sector. “It had grown up in a bubble,” he says.

Now he wants CCLA to bring together large investors to tackle key ESG issues. “Investment firms are competing on ESG. We need to come together and stop competing. It is the wrong metric to be competing on.”

CCLA has already made progress in areas such as modern slavery, where it has urged hospitality firms to look at the issue across their supply chains. It launched the Find It, Fix It, Prevent It campaign in 2019. It now plans to broaden engagement activities to include companies in materials and construction, a sector that employs about 7% of the global workforce which is said to be the second-highest risk area for forced labour.

At first, he says he looked at modern slavery as something in “sweatshops in Thailand not something on the streets of London”. “But it is in the supply chains of every business. What are those companies doing about it?”

The firm has also shone a light on employee mental health. This month it published a corporate mental health benchmark of the world’s 100 largest listed companies, following similar analysis of UK firms in May. It found that while almost a third of global companies that it assessed had a clearly stated position on promoting a culture of openness on mental health, only 19% of company CEOs had publicly signalled their leadership commitment.

“That’s not really good enough,” says Hugh Smith. By shining a light on the issue and splitting companies into one of five tiers based on their approach, Hugh Smith hopes it will spur improvement. He points to engagement with HSBC. The bank was listed in the second tier for its approach to employee mental health in the UK, but came top in CCLA’s global benchmark last month — the only firm to finish in the category.

“[HSBC] has totally revamped their mental health policies globally. That’s little CCLA having a direct impact on 223,000 employees,” he says.

READ Are you subscribed to FN’s new asset management newsletter? Just click here if not

The conversation with Hugh Smith comes as asset managers globally come under greater scrutiny for their ESG work, with many accusing firms of greenwashing.

“The massive increase in focus on ESG has to be a good thing. There are some who say firms are just pulling the wool over people’s eyes to sell more funds. I don’t subscribe to that,” says Hugh Smith. “Most firms in the City are run by good people and are good businesses. But there is a lot of confusion out there.”

While he acknowledges that regulation will have a role to play in shaping the future of ESG, Hugh Smith hopes that any rules will not be too restrictive. However, he points to some concerns that the UK may follow rules in the EU, which determine which sectors qualify as sustainable investments. “That will cause harm and prevent firms like us doing what we do under the sustainable banner,” Hugh Smith says bluntly.

CCLA recently announced a new push to expand beyond the not-for-profit sector into the intermediary market, hiring former JPMorgan Asset Management UK head Jasper Berens last year as head of client relationships and distribution to lead this effort. Hugh Smith sees it as a much needed evolution of the business.

“Running an investment management firm is getting more expensive by the day,” he says. “To remain dynamic and successful, we need to be attracting the right people and growing our business. You have to grow or you fail. We’re not going for all-guns-blazing growth but we need to attract people to the business.”

CCLA has up to a 30% market share in the charity space, he says. Expanding into new channels will help keep the business alive. “This is just as much about being able to serve our existing client base by serving a new client base.” 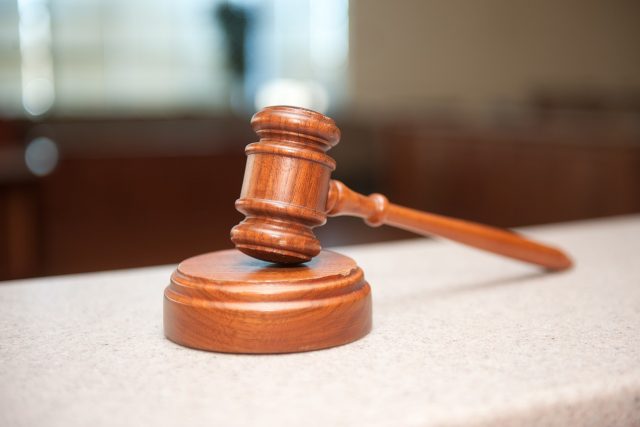 In Profile: Leanne Holder, CEO of Giving To Services