This story originally appeared at Istinomer (Truth-O-Meter), a fact-checking initiative of the Center for Research, Transparency and Accountability (CRTA). An edited version is published below as part of a content-sharing agreement with Global Voices.
A raging conflict in the South Caucasus over the territory of Nagorno-Karabakh has started to impact several other countries in often unexpected ways — Serbia is among them.

Armenia and Azerbaijan are once again fighting over Nagorno-Karabakh, a region internationally recognised as Azerbaijani territory. During the collapse of the Soviet Union, the region’s ethnic Armenian population voted for unification with neighbouring Armenia. A war ensued which led to thousands of casualties and hundreds of thousands of ethnic Armenian and Azeri civilians fleeing both countries. A fragile peace was brokered in 1994, which left the territory controlled by Karabakh Armenians as an unrecognised state supported by Armenia.
Although there have been many clashes in subsequent years, the current conflict is the most serious escalation since the end of the first Karabakh war.

Armenia is a member of the Collective Security Treaty Organisation (CSTO), a Russian-led military alliance. Azerbaijan is not, though it also enjoys good relations with Moscow and with Armenia’s foe Turkey. Ankara appears to have provided significant political and military assistance to Baku in the ongoing conflict.
Therefore, the front lines in this mountainous region bristle with weaponry. Several countries, not least Russia, Israel, and Turkey, have done a brisk trade in keeping those armies replenished. Serbia also has a well-developed weapons industry, producing munitions, firearms, explosives, protective devices and vehicle parts. This is an inheritance from former Yugoslavia, which focused on self-reliance as part of its policy of non-alignment with neither the Eastern nor the Western Bloc during the Cold War.
When it comes to geopolitics, Serbia courts all sides. The country is a candidate for EU membership, but strongly rejects the idea of joining NATO and is an observer of the CSTO. Belgrade has close ties with Moscow and in recent years has grown closer to Ankara; Turkish firms have significant investments in the Balkan state.
The latest statements of Serbian President Aleksandar Vučić, who denied that Serbian weapons could have been used in the latest conflict between Azerbaijan and Armenia in Nagorno-Karabakh, has been rated as false, as the fact-checking service Istinomer compared the publicly available evidence from the last few years.
In a statement for Serbian state news agency Tanjug, given on September 29, Serbian President Vučić exclaimed:

Što se tiče njihovog sukoba, naslušao sam se gadosti u prethodnih 48 sati o tome kako je otprilike Srbija kriva jer se tamo ubijaju srpskim oružjem. Nema tamo srpskog oružja.
Concerning their conflict [between Azerbaijan and Armenia], in the last 48 hours, I have heard abominable stuff how Serbia is somewhat to blame because they are killing each other there with Serbian weapons. There are no Serbian weapons there.

President Vučić has said that Serbia considers both Armenia and Azerbaijan to be friends and “brotherly nations.” Vučić acknowledged that while Serbian weapons were apparently not being used in Nagorno-Karabakh, Belgrade had been selling ammunition to both sides, “in fact, more to Azerbaijan, than to Armenia.” He also stressed that the export of weaponry and materiel was not illegal:
To su bile dozvoljene “end user” destinacije, ali topovi i tenkovi, bespilotne letelice i avioni koji koriste, ništa nije srpska proizvodnja. Pa jesu li time Amerikanci, Rusi, Turci, Francuzi i svi ostali krivi za sukob? Pa šta to znači? … Mi želimo mir i to su naša dva bratska, prijateljska naroda. Želimo im da to što pre sve stane. Mir je važniji od svega.
Those were allowed “end-user” destinations, but cannons and tanks, unmanned aerial vehicles and planes used there, these are not Serbian products. Does this mean that Americans, Russians, Turks, French and the other are to be blamed for the conflict? What was that supposed to mean? (…) We want peace, and those are two brotherly nations of ours, friends. What we want for them is for that to stop as soon as possible. Peace is more important than anything.
The Serbian government subsequently started to put out misleading information about these arms sales. Serbian government representatives have issued various statements about their country’s role in the arms race between the two South Caucasus states during the last few months. They are largely inconsistent with Vučić’s words above.
A summer scandal
In July, the Ministry of Foreign Affairs of Azerbaijan expressed “deep disappointment and confusion” due to information that Serbia had transported huge amount of mortars and other weapons of various calibres to Armenia, which had reportedly used them to attack Azerbaijani personnel.

Apparently, a licence was obtained to export arms to #Armenia last year, no direct evidence linking the mortars and last year’s licence as neither specifically mention them, but it is possible.#azerbaijan #Serbia #conflict
Source: https://t.co/dnDUhCIlup https://t.co/smPXOTbJnz
— Nagorno Karabakh Observer (@NKobserver) July 19, 2020

As N1 TV has reported, Azerbaijan’s Deputy Foreign Minister Kalaf Kalafov has notified Serbian ambassador Danica Veinović about this and underlined that this case “casts doubt on friendly relations and cooperation between the two countries at the highest level.”
In the series of explanations given by the local politicians, Rasim Ljajić, Serbia’s Minister of Trade, has said that this sort of export had to be authorised by three ministries and that the country’s Security Intelligence Agency (SIA) has given a “green light” too.
“In 2020, the weapons were exported to Armenia by one private company, and the state-owned companies had not participated in that. I cannot say which company it was, but it has been known that they had mostly exported shotguns and handguns, in value of less than one million euros and that the goods were delivered in two batches, in May and June,” Ljajić told the Nova.rs portal.
A few days later, Ljajić provided a more detailed explanation in a statement for Radio Free Europe (RFE).
U 2020. godini, u maju i junu, Srbija je odobrila dva ugovora za izvoz naoružanja u Jermeniju i u pitanju je bila municija za puške i pištolje. U ranijem periodu, 2015. godine, mislim da je bilo i izvoza te vrste naoružanja o kojoj govori Azerbejdžan.
In 2020, in May and June, Serbia has approved two contracts for exporting weapons to Armenia, which referred to ammunition for shotguns and handguns. In the earlier period, in 2015, I think that such type of weapons Azerbaijan mentioned had been exported.
“Cooperation in the area of military industry is not public,” stated Armenia’s Ambassador to the Czech Republic Ashot Hovakimian to RFE in late July, when answering a question about whether Armenia had purchased weapons from Serbia and if so – when and from which company. (Hovakimian’s remit also includes diplomatic relations with Serbia.)
In the end, the final word on this diplomatic affair was given by Vučić himself. At the end of July, he said that “both have been sold weapons produced in Serbia since this is the only way to secure the success of the domestic military industry.”
“We are friends with both Azerbaijan and Armenia. We have sold ten times more weapons to Azerbaijan in the last couple of years,” said Vučić at a press conference at the offices of the ruling Serbian Progressive Party (SNS), reported RFE on July 31.
The government in Belgrade kept to their position that Serbia’s friendship with Azerbaijan was not disturbed by these acts. Minister of the Interior Nebojša Stefanović flew to Azerbaijan’s capital Baku shortly after, although the public was not informed on the aim of that visit. With only vague information provided to the public, the topic of the meeting was determined to be cooperation in the area of security.
Controversial arms dealer and accusations against former government
When it came to arms dealing, an old name surfaced once again. On July 29, the independent and reputable weekly NIN magazine reported that a company under the control of Slobodan Tešić had exported a large number of weapons to Armenia from the Krušik factory in Valjevo, Prva Petoletka from Trstenik, and Zastava Arms from Kragujevac.

Arms dealer Tešić has been involved in exports of Serbian weapons to Libya and Yemen in the past, and has been blacklisted by the United Nations for violating arms exports embargo to Liberia, as well as under United States’ treasury sanctions since 2017. Serbian opposition claimed he serves as a key donor to the ruling party SNS, led by Vučić.
NIN claimed that its journalists had viewed documents indicating that weapons from Serbian factories were transported from Niš Airport in southern Serbia to an airport close to Armenia’s capital of Yerevan on July 14 and 15, just a few days after another round of clashes broke out between Armenia and Azerbaijan.
As expected, Serbia’s politicians have lost no time in blaming any disturbances to relations with Azerbaijan on the former government. On August 10, Minister of Defence Aleksandar Vulin said that the government of Mirko Cvetković, who was prime minister from 2008 to 2012, had passed a decree permitting the export of weapons to Armenia.
Moraju da se ispune svi zakonski uslovi, a da ne bi oružje otišlo u bilo koju zemlju, potrebno je da ta zemlja, na prvom mestu, nije pod sankcijama UN. Ja ću vam reći da je značajno veća oprema i oružja, uključujući i tehnologiju, izvezena u Azerbejdžan nego u Jermeniju.
All legal requirements had to be met so that weapons would not go just to any country; it is required, first of all, that the country is not under the UN sanctions. I will tell you that a significantly larger amount of equipment and weapons, including technology, was exported to Azerbaijan than to Armenia.
It soon transpired that that five years had passed between that government resolution from 2012 until the first export of weapons to Armenia in 2017, when the current ruling party (the SNS) was already in power. By that point, Serbia had apparently exported almost thousands of tonnes of weapons to Armenia.
“Since 2017, 19 permits for exporting weapons to Armenia were issued, and export was allowed for the companies Vectura Trans, Partizan Tech, and Zastava Oružje,” said Minister Ljajić.
According to the documents examined by NIN, 142,000 mines of different calibre and ten 120mm Grad shells were to be delivered from the Krušik factory. Furthermore, a minimum of 100 mortars with 120mm shells from Prva Petoletka and three 20mm anti-aircraft guns with the designation M55A4 from Zastava Arms were contracted and transported. These weapons had been the subject of the contract which Tešić’s company Vectura Trans had signed with Armenia’s Ministry of Defence in 2018.
In conclusion, recent statements from Serbian officials don’t add up. It is possible that their mixed messages may be an attempt not to antagonise their Russian or Turkish partners.
President Vučić himself mentions how much weaponry Serbia had been selling to both warring countries; the subject had been a topic of great discussion this summer when the top officials of Azerbaijani government raised the alarm due to the use of Serbian weapons in the July clashes in the South Caucasus. Serbia’s Minister of Defence Aleksandar Vulin and Minister of Trade Rasim Ljajić made numerous statements on the weapons Belgrade had been selling, and Vučić himself said that the Balkan country had sold ten times more weapons to Azerbaijan than Armenia.
Therefore, although President Vučić has claimed that “there are no Serbian weapons there” and that Serbia was only selling ammunition to the warring Caucasus countries, Istinomer rated his latest statement as false. 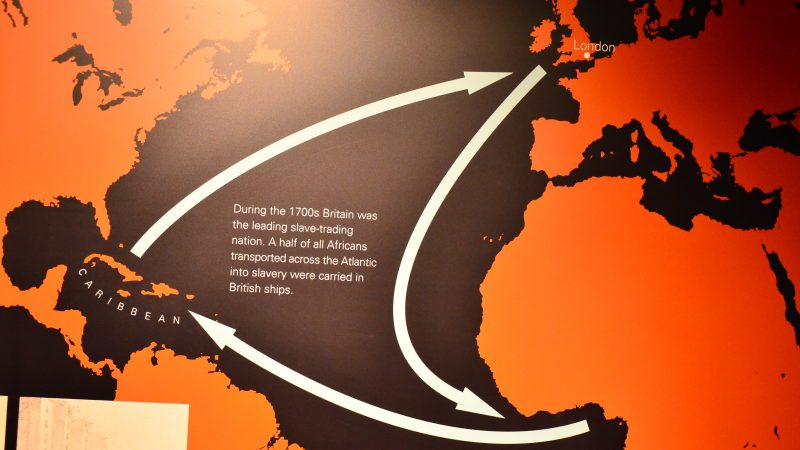